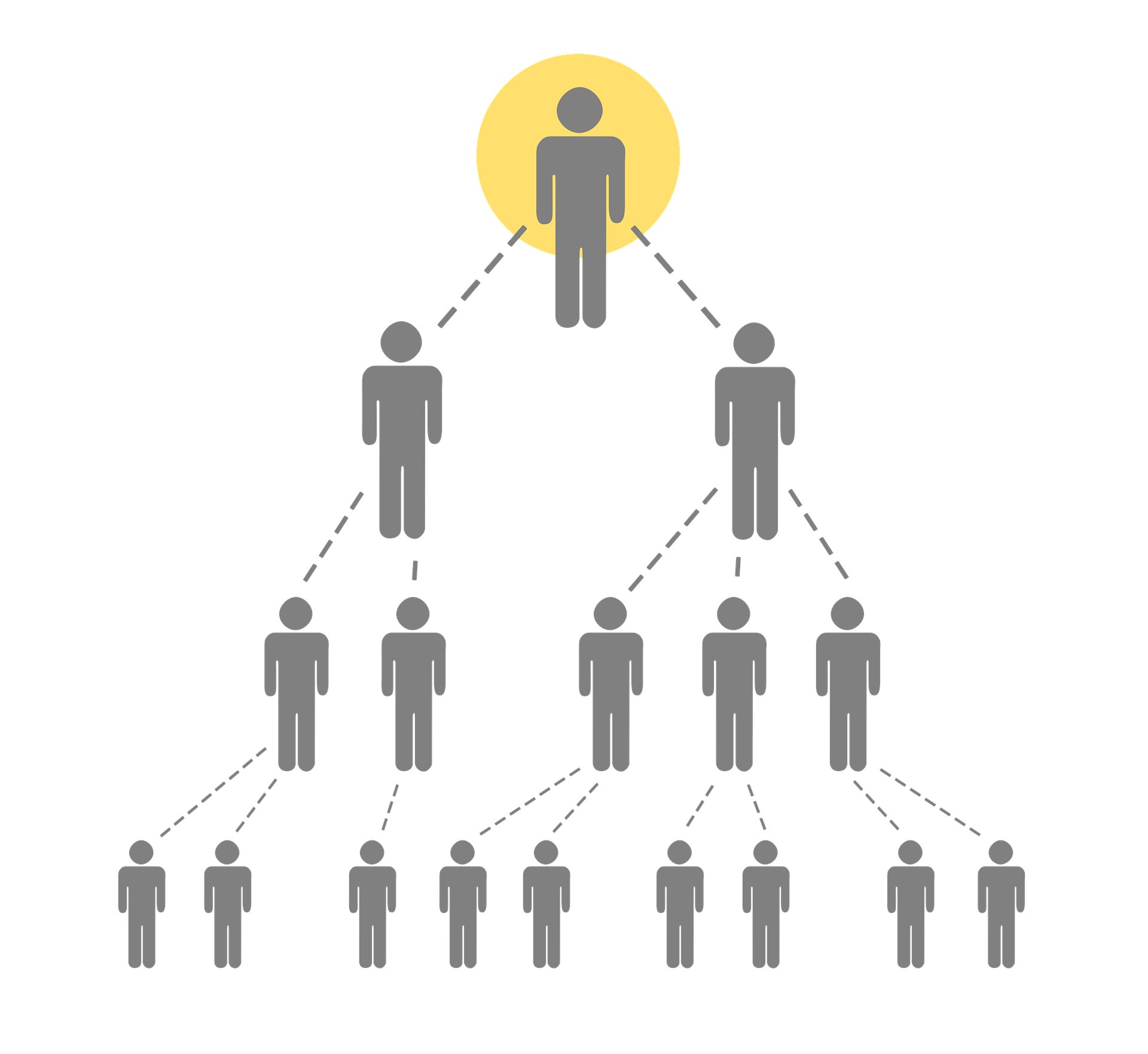 From Mary Kay to Amway, many MLM (Multi-Level Marketing) companies are household names. However, as the list of companies that follow the MLM business model grows, so does the outrage over how these companies recruit, hire, and pay their distributors. Are MLM distributors independent entrepreneurs with unlimited opportunity for growth—or victims of a scam?

The MLM business model is controversial because it often requires new recruits to invest a substantial amount of money in inventory, which they are then expected to sell to family, friends, and others in their “network.” Many studies have found that MLMs only benefit the people at the very top of the pyramid, and that as many as 99% percent of MLM salespeople never make a profit.

“Typically, prospects are lured into the scheme with exaggerated product and income claims,” Jon M. Taylor of the Consumer Awareness Institute wrote in a report published on the Federal Trade Commission’s Web site. “And because the pay plan is heavily stacked in favor of those at the highest levels in the pyramid, the vast majority of participants spend more than they receive and eventually drop out, only to be replaced by a stream of similarly misled recruits, approximately 99% of whom are likewise destined to experience loss and disappointment.”

Critics accuse MLMs of preying on women and immigrants, as well as roping in naïve recruits with no training in business or sales with exaggerated stories of wealth and success at the top of the pyramid. In an article titled “Millennial Women Made LuLaRoe Billions. Then They Paid The Price,” BuzzFeedNews exposed how young mothers were lured into selling LuLaRoe clothing with promises of lavish vacations and new homes, but instead ended up thousands of dollars in debt.

“Karyn, the consultant in California, said her debt from LuLaRoe led her to bankruptcy,” BuzzFeed reporter Stephanie McNeal wrote. “She was only able to sell around $1,100 worth of product, she said, nowhere close to the initial investment she’d made. She filed for bankruptcy when it was clear she had dug herself into a hole she couldn’t get out of.”

Have you any idea how to check the essay online reviews? If not, this article can allow you to find out all of the information that you require. To start with, these reviews are very helpful for those that want to know about various themes and for those who want to make some comparisons before purchasing an essay. You may check out all those things in this article and receive all of the information you need about the subject of your choice.

In May 2020, a California man named William Orage filed a lawsuit against Amway, a controversial MLM company that recruits “Independent Business Owners” (IBOs). Orage alleges that Amway classifies all IBOs as independent contractors, but fails the three-part test in many areas: “Amway’s right to punish IBOs for violating the ‘Rules of Conduct,’ including by terminating them…limiting online sales to personal retail websites provided by Amway…prohibition on IBOs displaying or selling Amway products at events without Amway’s permission…[and] Amway’s non-competition and non-solicitation clauses.”

If Orage wins his case, the MLM strategy of recruiting “independent distributors” could be in jeopardy if these distributors are proved to be far from independent. By tightly controlling where and how distributors can sell the product, many MLM companies fail part A of the three-part test of an independent contractor.